The 1857 Christ Awakening in New York City: Could It Happen Here or Anywhere Again? 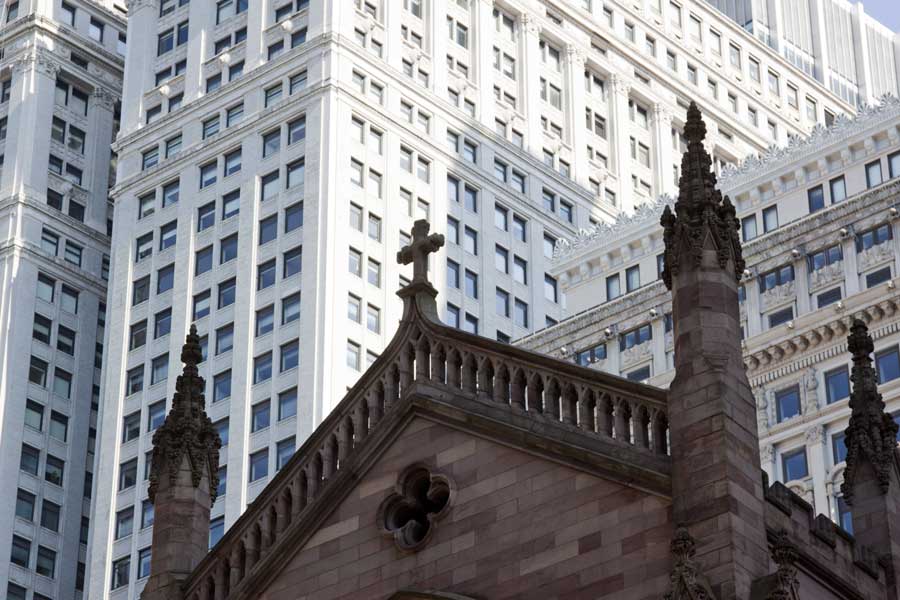 Ponder these headlines in the New York Times: “Biggest Church Packed Twice A Day for Prayer”; “Businesses Shut Down Daily for One Hour of Prayer”; “Political Leaders Get Down On Their Knees Before God”; “Revival Sweeps City”.

Envision tens of thousands gathered at noon for prayer in places of commerce and then filling churches at night, with an intensity that inspired similar convocations in cities across America and around the world.

Imagine conversions to Christ transpiring so rapidly, with such impact on the life of the city, that the newspaper is compelled to report the names of hundreds of New Yorkers who had committed their lives to Christ.

Listen to a scholar with three earned doctorates in the study of revival history calling this season of renewal in 1857-58 “the greatest awakening ever experienced in the USA”, remarking on its global impact: “The practical evangelical ecumenism of that revival embodied the formation of interdenominational outreaches around the world, launched by these awakened churches.”

Celebrate the wide-spread dynamics of the 1857 New York “Laymen’s Prayer Movement” that ushered in a “Christ Awakening”—as outlined by the same 20th-century academician, J. Edwin Orr:

Such an awakening consists of the outpouring of Christ upon His people by His Spirit [i.e. a “Christ Awakening”], affecting the reviving of the church, the awakening of the masses, the movement of uninstructed peoples toward the Christian faith. Then the revived church is moved to engage in evangelism, in teaching and in social action.

During the American Civil War, revival meetings continued in military encampments in both the North and South. And the united prayer movement in New York pressed on: the Times archives 80 articles published over the ensuing four decades.

The Question This Phenomenon Raises For 2016

As thousands of leaders gather in New York City for “Movement Day Global Cities 2016”, focused on advancing Christ’s Kingdom within every dimension of urban life, surely it is prudent for us to ask:  Could what happened 160 years ago take place again?

Prior to the 1857 breakthrough, there was no reason for Christians to hope for such a miracle. Trends were going in the opposite direction. Churches were dying. The city (and nation) was turning from religion to pursue prosperity. Youth were increasingly hedonistic and materialistic. The wealthy were fleeing the city, with multitudes of unreached immigrants and disenfranchised laborers taking their place. Then, like a jarring earthquake, the scene was shaken by The Great Bank Panic of 1857.

Into this arena stepped businessman-turned-urban-missionary Jeremiah Lanphier. By his own testimony, God used one verse of a familiar hymn to call him to serve the city’s unevangelized poor: “It’s done, the great transaction’s done. I am my Lord’s and He is mine. He drew me and I followed on.”

Faced with intractable obstacles to outreach, Lanphier employed the biblical strategy of united prayer. In September 1857 he invited local business people to join him for a weekly noontime prayer meeting. The first week garnered only six. But, within a year, tens of thousands were gathering every day to pray for renewal! One writer concluded: “Out of his solitary consecration to the service of Christ, who can tell what results have come?”

Lanphier’s passion was not for prayer or outreach; it was for Christ.  More than purpose-driven or even prayer-driven, this leader was Person-driven (Christ). To illustrate, in 1873 Lanphier wrote a book in celebration of the 15 year anniversary of that first prayer gathering at the Old Dutch Church on Fulton Street. Titled With Christ Alone, it asserted that a singular focus on Christ was the secret to the prayer movement as well as its aftermath.

Can the 1857 phenomenon happen again in 2016—in New York City or any other city?  Yes! Because, to whatever degree Christians assume a Person-driven focus on prayer, unity, urban transformation, justice, and evangelism, there are no limits to how fully Christ is willing and ready (in the words of Dr. Orr) to “pour out Himself on His people by His Spirit.” Everything else flows from that sovereign, gracious invasion.

Borrowing from his words above, but applying them beyond preaching, I hear Lanphier saying to us:

Keep your focus on Christ. Without that, every other focus is irrelevant.

Keep Christ as the foundation and reason for every effort you make to serve His forcefully advancing Kingdom (Matthew 11:12).

Remember that Christ Himself provides the spirit and life that must infuse every ambition you have to serve the poor or confront the powerful.

Never cease to make the manifestation of Christ your chief end regarding all you do to reach the city for Him, measuring success by how fully people are being drawn to trust Him, serve Him and lift Him up.

In 2007, nearly 1000 Christian leaders from across the city and nation gathered in the Midtown Hilton ballroom to spend four hours commemorating the 150th anniversary of the 1857 “Laymen’s Prayer Revival”, seeking the Father to do it again. Since then, through Concerts of Prayer Greater New York, The New York City Leadership Center, annual Movement Days, Pastors Prayer Summits, Pray New York, the monthly Lord’s Watch, and more, the Holy Spirit has continued to fill us with a yearning for the Father to do it again.

Take for example, a recently forged city-wide initiative called “Saturate NYC”. It offers practical, transferable strategies for every congregation to use to impact their “parishes”—individual households, public schools, the poor (especially in housing projects), and ethnic enclaves (representing over 150 nations).

But their priority passion is for a full-orbed awakening to Christ. Their mission statement says it all: “Saturate the Church with the supremacy of Christ in order to saturate the city with the glory of Christ.” As should be for all Gospel movements, Saturate NYC is grounded in a bold emphasis on praying—revival praying, reformation praying, evangelism praying. 1857-styled praying!

Over the past 40 years, David Bryant has been defined by many as a “messenger of hope” and a “Christ-proclaimer” to the Church throughout the world. Formerly a pastor, minister-at-large with the InterVarsity Christian Fellowship, president of Concerts of Prayer International (COPI) and chairman of America’s National Prayer Committee, today David provides leadership to PROCLAIM HOPE! and ChristNow.com, whose mission is to “foster and serve Christ-awakening movements”.