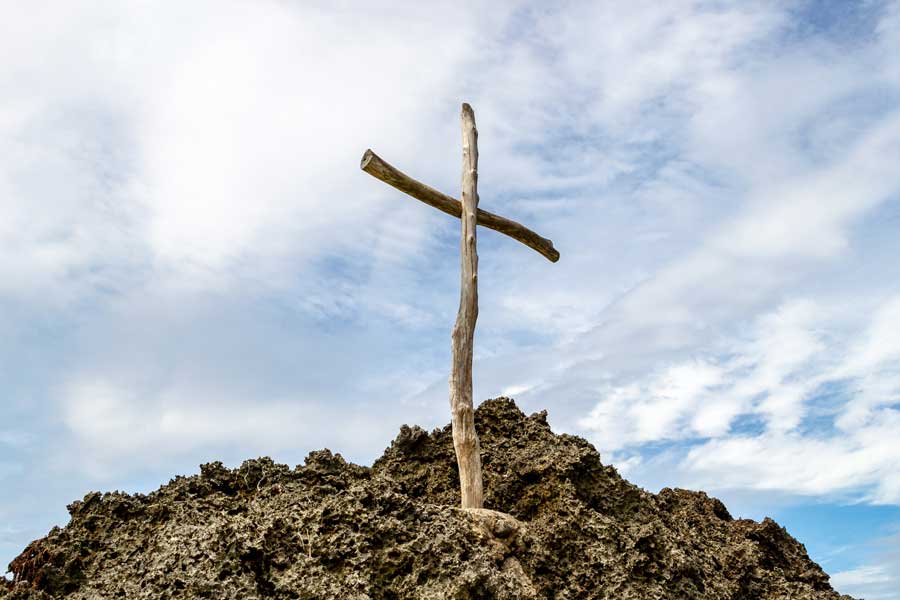 One of the lovely things about this passage is Peter’s attitude throughout it. He begins by, as it were, taking his place beside those to whom he speaks. “Your fellow-elder” he calls himself. He does not separate himself from them but comes to share the Christian problems and the Christian experience with them. But in one thing he is different; he has memories of Jesus and these memories color this whole passage. Even as he speaks, they are crowding into his mind.
1st He describes himself as a witness of the sufferings of Jesus. At first sight, we might be inclined to question that statement, because we are told that, after the arrest in the garden, “All the disciples forsook him and fled” (Matthew 26:56). But when we think a little further, we realize that it was given to Peter to see the suffering of Jesus in a more poignant way than was given to any other human being. He followed Jesus into the courtyard of the High Priest’s house and there, in a time of weakness, he denied Jesus. The trial came to an end and Jesus was taken away, and there comes what may well be the most tragic sentence in the New Testament: “And the Lord turned and looked at Peter…and Peter went out and wept bitterly” (Luke 22:61-62). In that look, Peter saw the suffering of the heart of a leader whose follower had failed him in the hour of his worst need.

Of a truth, Peter was a witness of the suffering that came to Jesus when men deny him, and that is why He was so eager that his people might be staunch in loyalty and faithful in service.

Ask yourself: “Can I imagine what Peter was going through? How would I have been affected if I had been with Peter or going through what he did?”

“Dear Father, I thank You for the abundant flow of Jesus’ love that shows us what Your love must be like for all of humanity. Amen!”